Request Forms Like Us Reviews Call Map
Request an Appointment 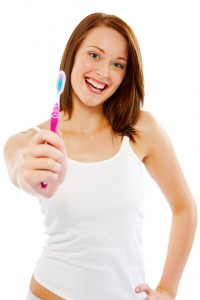 Your doctors at Mt. Holly Family Dentistry have been practicing dentistry for a long time. They’ve seen it all, and have been asked just about every question related to teeth (and then some). The most common question? You probably know what it is already. Your dentist in Mt. Holly NJ is in with the answer. And the question is…

How Often Should I Change My Toothbrush?

It makes sense that this would be a common question, as brushing and flossing are your number one defense against tooth decay. It’s easy to know when to replace used floss (hint: every time), but what about that brush? It’s an important bit of information to know, but first let’s brush up on proper brushing techniques — because if you’re not doing it right, it doesn’t matter how old or new your tool is to start with.

When you’re brushing those teeth, keep one thing in mind: TARTAR.

The Answer We’ve All Been Waiting For

Now that you’ve had a little refresher on proper mouth-freshening techniques, let’s get to the reason we’re here. How often should you replace that toothbrush?

Whether you use a manual or electric toothbrush, over time its bristles may become frayed and worn without you even noticing. That reduces its ability to effectively clean your teeth, making it easier for bacteria to build up in the mouth. And that means decay is soon to follow.

So there you have it, folks: replace your toothbrush every three to four months, or sooner if you notice its bristles have become worn or frayed. You should also switch a brush that has been used during illness to prevent the spread of germs.

If you’ve got any other lingering dental questions, or if it’s been too long since your last oral exam, request your appointment with a 08060 dentist at Mt. Holly Family Dentistry in New Jersey today.

Sorry, the comment form is closed at this time.